about the founders of frog the gambler

frog the gambler was launched by keen sports fans and gamblers David Hipkin and Chris Fawcett on 3rd April 2019. Its goal is to provide thousands of high quality previews and betting tips for sports enthusiasts every week. 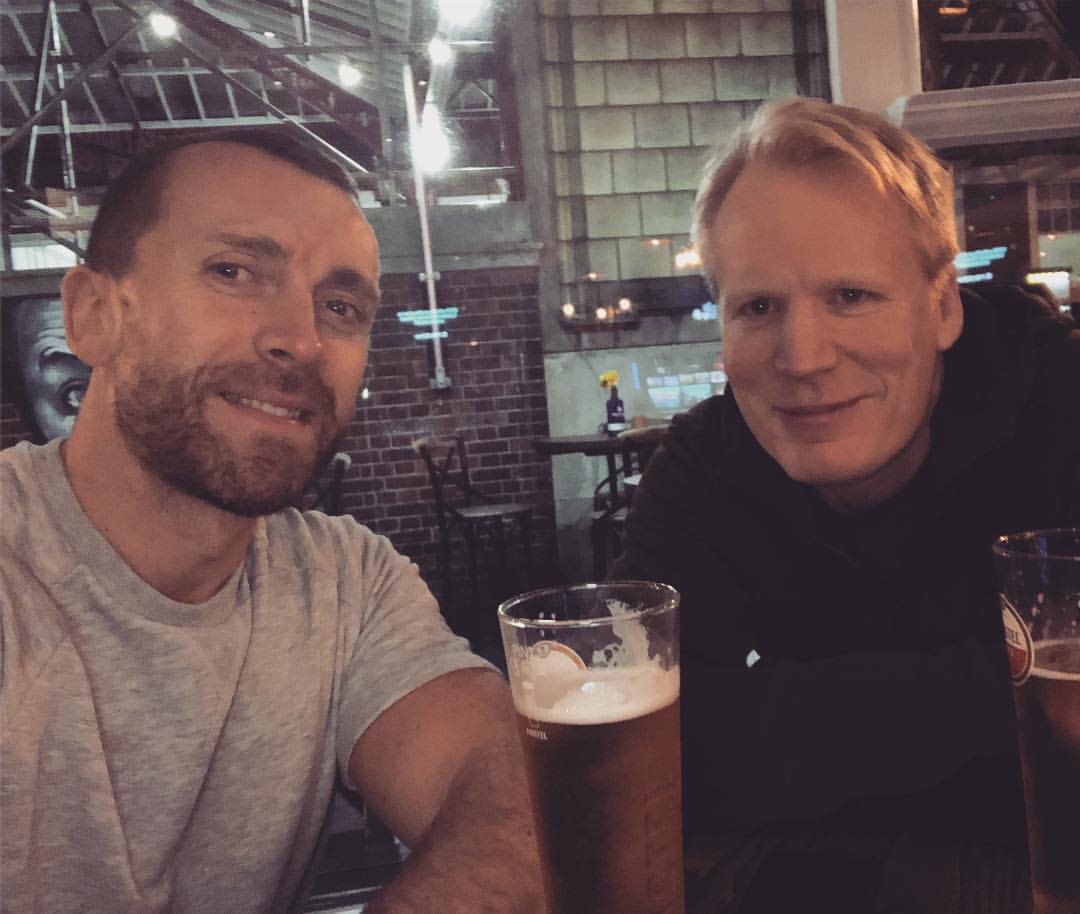 David and Chris on the day Frog The Gambler went live

David and Chris have known each other since the late '80s when they became friends from a shared interest in following sport and, wherever possible, betting on it.

David was the first to spot Betfair when it launched in 1999 and suggested it could be a big thing. After initially being sceptical Chris started using the exchange to add to his bookmaking betting and developed automated betting systems to profit from it.

why are we called frog the gambler?

We chose the name because we were fascinated by Walter Pitts et al’s ‘What The Frog’s Eye Tells The Frog’s Brain’ pioneering artificial intelligence article. Our interest in the neural networks that we use for the sports betting predictions on this site grew from there. 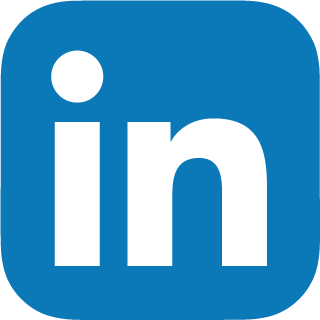 David has a strong interest in all sports and his main markets of interest are football, tennis and boxing. 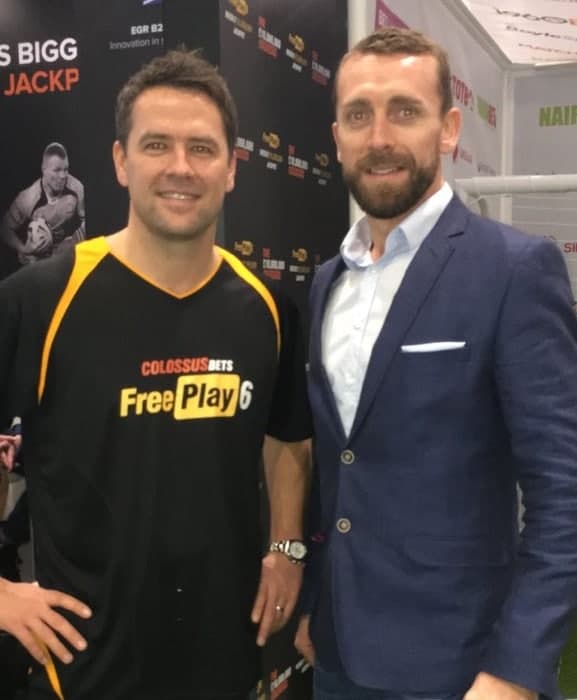 He is a world expert on natural language generation and a keen amateur script writer. He uses these skills to effortlessly write thousands of quality previews a week. 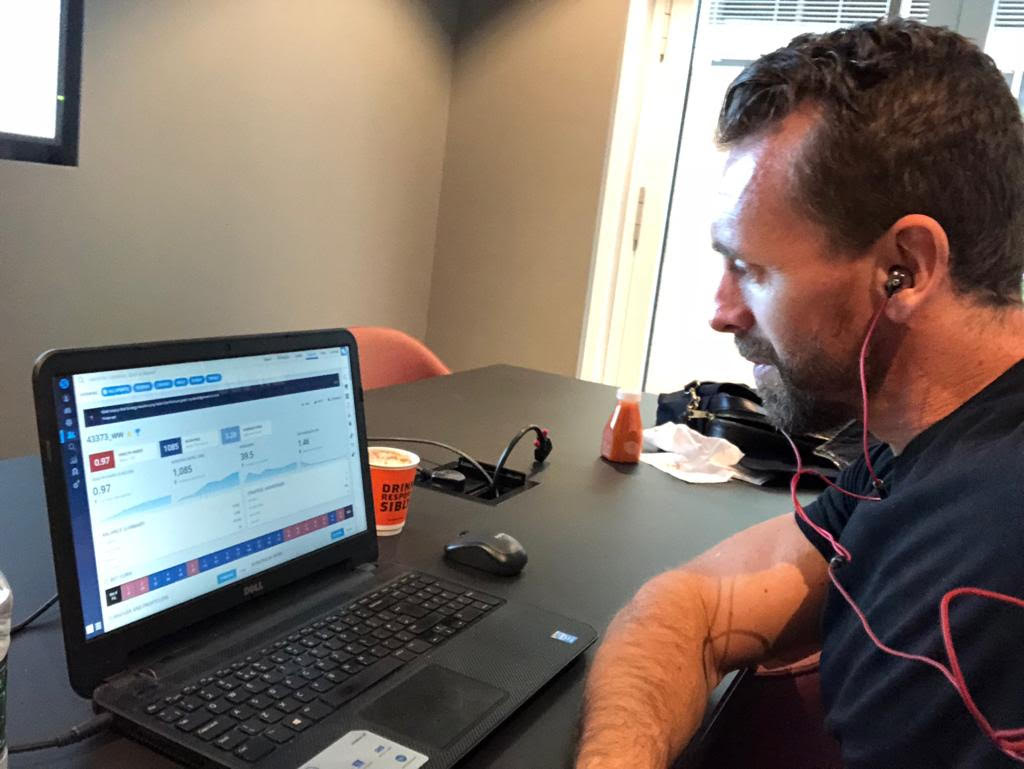 Originally from a trading background, David has extensive experience in innovation and leadership across multiple products and platforms. Prior to co-founding FrogTheGambler.com, David’s experience included the development of risk management and analytics software and founding PointOneFour.com.

David has market-making and live-trading experience from working for the world’s leading sports spread betting company for nearly two decades. 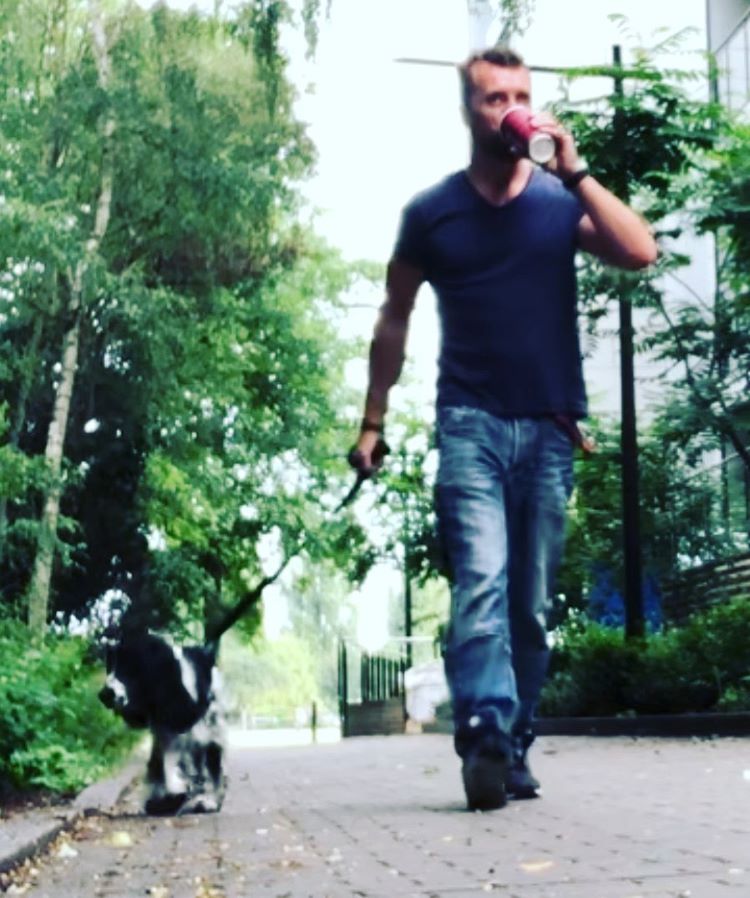 Outside of work David enjoys walking his pet dog Arnold, lifting weights at the gym and watching sports with friends whilst supping a premium lager or two.

Chris was a professional gambler for over a decade before returning to university to study Intelligent and Adaptive Systems. 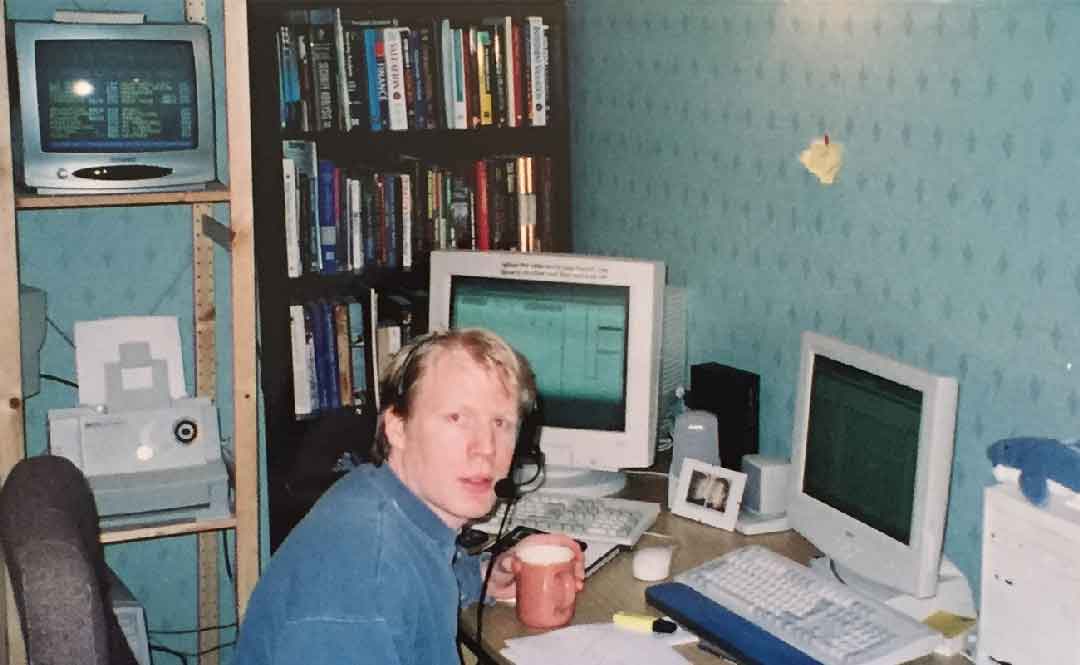 Chris at the start of his gambling career circa 1999

His main markets of interest are horse racing, football and cricket. He started a cricket previews website in 2017 but quickly became bored due to the lack of big cricket matches played. When the opportunity came to co-found frogthegambler.com it presented a chance to preview and predict thousands of events a week.

Chris specialises in building our prediction models to extract the most value possible out of betting markets. His areas of expertise are deep neural networks and reinforcement learning. 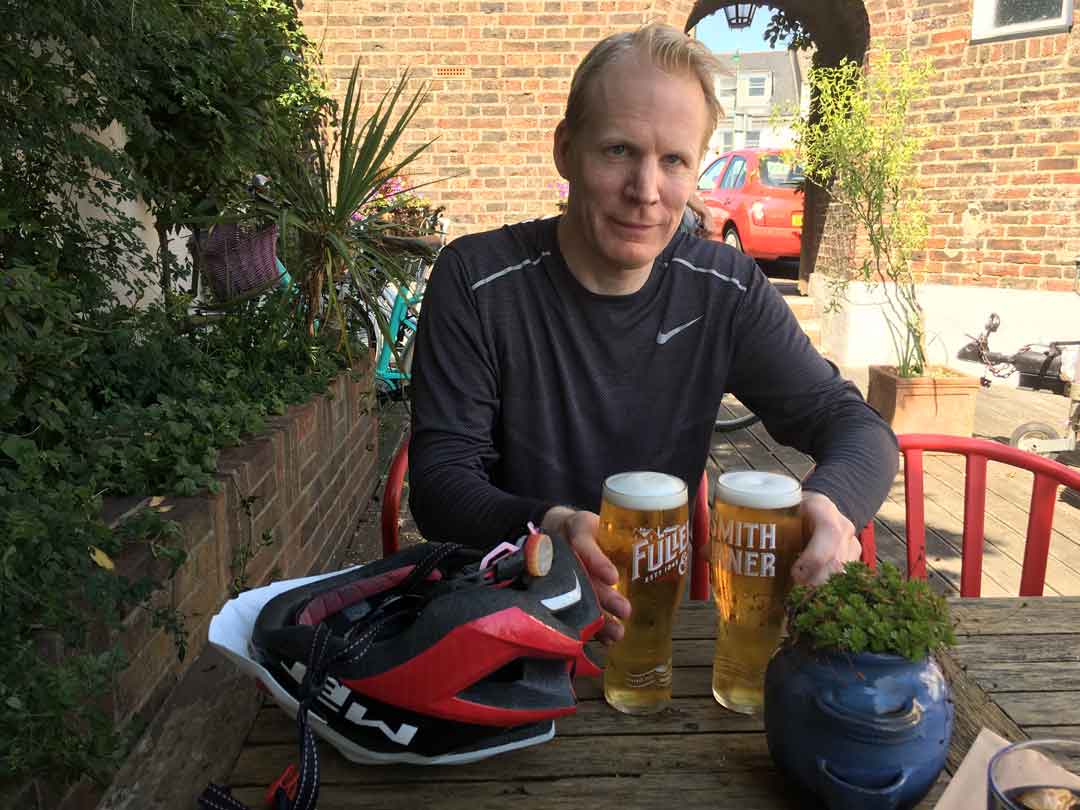 Chris getting refreshments after a long bike ride July 2019

His outside interests are going cycling with his wife, reading about artificial intelligence and watching cricket on the massive projector screen in his den.

frog the gambler uses the latest technologies to identify, extract, and share value from betting markets on football matches across the globe.

From the English Premier League and Spanish La Liga, right down to the lowest non-league divisions, frog works around the clock 24/7/365 to provide sports fans with the latest and most comprehensive online sports betting companion.

Transparent and thorough performance analysis of every single pick made is an essential part of what we do. Historical results for countries, leagues, and against individual sportsbooks are shown throughout the FTG platform.

frog the gambler is the essential resource for value-conscious sports-bettors with an interest in optimising their betting performance and beating the sportsbooks.

It is free for everyone.

You must be 18 or over to use this website

If you are looking for help, advice or support about your gambling, please go to:

Are you sure you want to empty your bet notepad?